This week has been a rather disparate one among various Bitcoin (CRYPTO: BTC) mining stocks. Chinese-based cryptocurrency miners and mining-related stocks have outperformed their US counterparts by an incredible degree, due to reports that underground mining operations have made China the second-largest Bitcoin mining market in the world.

As of 10:30 am ET today, Hong Kong-based Bit Mining (NYSE:BTCM) rose 54% over the past week, with Beijing-based canaan (NASDAQ: CAN) Surging 9.7% since last Friday’s close.

However, Colorado-based Riot Blockchain (NASDAQ: RIOT) saw a decline of 13.2% over this same time frame on news that US supremacy in the Bitcoin mining world may be challenged. 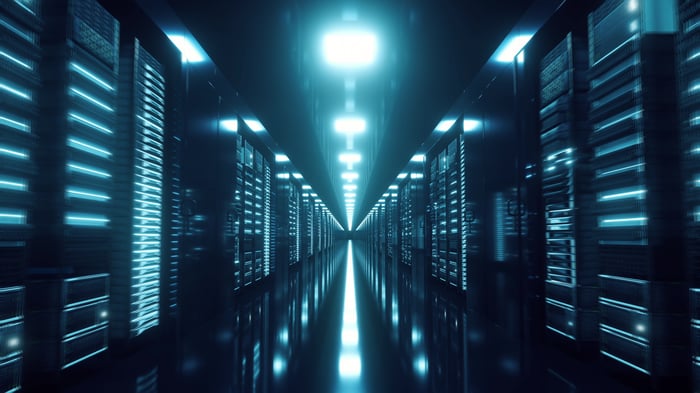 Chinese Bitcoin miners once dominated the hash rate, or the total computing power used in the Bitcoin mining process, to a staggering degree. Estimates pegged China’s share of the hash rate used for Bitcoin’s proof-of-work consensus mechanism (which validates and secures the Bitcoin blockchain) at as much as 75% in the past.

However, Chinese regulators clamped down on the sector hard last year. As of summer 2021, China’s share of the global hash rate plummeted to zero, with companies choosing to relocate to other locales, such as the US For Riot Blockchain and its peers, this provided incredible opportunity to increase profits at a time when Bitcoin prices were surging.

However, with the price of Bitcoin currently hovering around $30,000, miners across the board have seen profitability fall. This has hurt Riot to a greater extent than its Chinese peers, who now have new life as a result of anticipation that regulators may be less interested with enforcing previous harsh crackdowns.

It’s unclear to what extent Chinese regulatory policy has fundamentally changed. China’s energy grid continues to use a tremendous amount of coal, making Bitcoin mining in this part of the world among the least environmentally friendly. Thus, from a global perspective, perhaps the global shift away from Bitcoin mining in China was a good thing.

That said, Bit Mining and Canaan both appear to be interesting speculative bets on a long-term view that China will eventually come around on crypto. Until further crackdowns are announced, Bit Mining and Canaan appear to be momentum-driven speculative bets investors are willing to make. I’m going to keep my eye on these stocks to see if this momentum can be carried forward into next week.

10 stocks we like better than Bitcoin
When our award-winning analyst team has a stock tip, it can pay to listen. After all, the newsletter they have run for over a decade, Motley Fool Stock Advisorhas tripled the market.*

They just revealed what they believe are the ten best stocks for investors to buy right now… and Bitcoin wasn’t one of them! That’s right — they think these 10 stocks are even better buys.

Is the metaverse opportunity getting any clearer? – RetailWire